Attorney Blake Horwitz has been fielding calls from health care workers since he filed a coronavirus-related complaint on behalf of a nurse against a Chicago hospital March 23.

Within three days, he says he received about 40 calls from doctors and nurses across the country asking about legal remedies they may have because of exposure to COVID-19 and a lack of personal protective equipment, or PPE. Invariably, their main concern is the dangers to which they’re being exposed.

“Doctors and nurses are very nervous about the protective equipment issued to them, but [even after they complain] they’re told they have to work anyway,” Horwitz says.

Mazurkiewicz alleged she was fired the day after she attempted to disclose public corruption and wrongdoing. On March 18, Mazurkiewicz sent an email to about 50 co-workers and supervisors, alerting them the standard surgical masks that the hospital required them to wear did not provide adequate protection from COVID-19. She urged that N95 masks, which the hospital did not provide and allegedly prohibited workers to wear, should be provided.

“I think N95s are going to start being distributed real quickly,” says Horwitz about the effects that he anticipates this lawsuit may have.

He represents Mazurkiewicz along with Jeffrey C. Grossich at the Blake Horwitz Law Firm in Chicago.

While employment law is an obvious legal vehicle of choice for this sort of case, violation of whistleblower protections is relatively new territory. 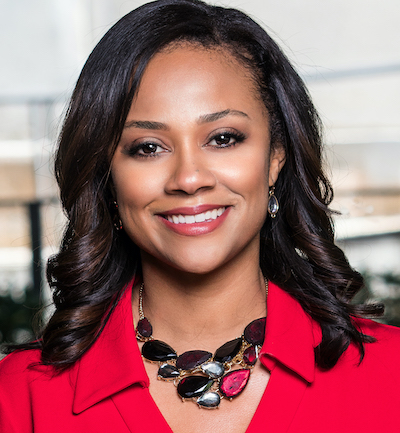 “I expect some very novel legal causes of action are coming, but only time will tell which of them are appropriate,” says attorney Lashonda Council-Rogers, owner of Council & Associates in Atlanta. “We’re not operating under a blueprint. This is uncharted territory.”

Another case that’s gotten social media attention is that of Dr. Ming Lin, an emergency room physician at PeaceHealth St. Joseph Medical Center in Bellingham, Washington. Lin said he was terminated in late March after he spoke out against inadequate protective measures for medical professionals treating COVID-19 patients. (As of this article’s publication time, Lin has reportedly not filed suit.) Famed government whistleblower Edward Snowden chimed in on Twitter, decrying Lin’s removal.

Kaci Hickox alleged violation of her rights to substantive and procedural due process and for false imprisonment and invasion of privacy under the Fourth and 14th Amendments of the U.S. Constitution. In conjunction with her private counsel, the American Civil Liberties Union of New Jersey represented her, as the national ACLU did for Snowden.

The case settled in 2017 on nonfinancial terms and with neither side conceding liability. Under the settlement, anyone quarantined in New Jersey can contest the order and also has the rights to have legal counsel, to be given prior notice of any hearings, and to send and receive communications.

There is some precedent for respondeat superior claims. During the Ebola crisis, a nurse who contracted the disease in 2014 while caring for the first person to be diagnosed with it in the United States sued the parent company of the Dallas hospital where she worked. The case settled in 2016.

Nina Pham, an intensive care nurse, sued the Texas Health Presbyterian Hospital in Dallas and claimed that it “wholly failed to ensure that appropriate policies, procedures and equipment were in place.” She called herself “a casualty of a hospital system’s failure to prepare for a known and impending medical crisis.”

Ebola cases may provide “somewhat of a model,” Council-Rogers says. But she cautions that there are differences between the transmission of Ebola and COVID-19, and that pandemic cases can be fact-specific.

“Hospitals have a legal obligation to provide a safe working environment, but some facilities don’t have the proper equipment,” she says.

For Mazurkiewicz’s case, which focuses on the right to wear an N95 mask, Council-Rogers asks: “Did the hospital have N95s available? If so, they should have provided them.”

Council-Rogers says she has received numerous calls from medical professionals who are treating COVID-19 cases. They’re asking what legal recourse they may have against a health care facility that employs them and how to protect themselves from legal liability.

Still, there are legal defenses available to hospitals and medical facilities. Council-Rogers suggests that causation in some cases could be difficult to prove and says they’re operating in an unprecedented state of emergency.

“This is a call for all hands on deck,” Council-Rogers says, with many doctors and nurses not focusing on liability. “This is a good Samaritan situation. Their No. 1 goal is to save lives and ask forgiveness later.”

“What our health care workers are doing now is extraordinary,” Large says. “Some nurses are called in and work 15 straight shifts. Why shouldn’t they get the benefit of the Good Samaritan Act?”

Advocates want to eliminate the potential snare of professional liability for physicians related to COVID-19 cases. Large gives an example of a doctor who can’t make a definitive diagnosis based on symptoms or outpatient tests and sends the patient to a hospital for inpatient testing.

“But now they can’t because hospitals need the beds for COVID-19 cases,” he says, adding that this scenario could expose the doctor to potential medical malpractice claims. “There could be future lawsuits against doctors who had very rational reasons for doing what they did.”

Darlene Ricker, a legal affairs writer and book editor based in Lexington, Kentucky, is a former staff writer and editor for the Boston Globe and the Los Angeles Times.