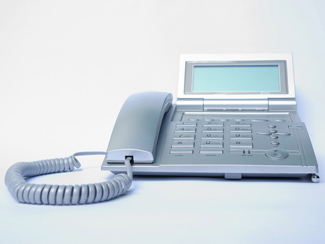 An ill lawyer who tried to continue with a trial via a courthouse speakerphone, despite a fever and cough, has fully recovered and is working from home. New York lawyer Donald Vogelman told the ABA Journal that the March trial was going well for his client—a doctor accused of sexually abusing a patient during a massage—and he wanted to question a witness who would contradict the complainant. But he couldn’t hear well on the speakerphone in the vacant room where he was holed up, he didn’t feel well, and the whole thing was very difficult, he says. The judge ended up declaring a mistrial. Vogelman says he later tested positive for COVID-19, although he was never hospitalized. (ABA Journal interview, ABAJournal.com)

U.S. District Judge Yvonne Gonzalez Rogers has tossed a Twitter lawsuit claiming a First Amendment right to disclose information about the number of surveillance requests that it received by the federal government. The Oakland, California, judge accepted claims that releasing the data would pose a “grave or imminent harm” to national security. Rogers nonetheless raised questions about whether the government could prevent Twitter from releasing aggregate numbers and whether the United States had sufficient procedural safeguards in place for challenges to its decisions on classified data. (Politico, Reuters, Rogers’ April 17 order)

The New Jersey Supreme Court has upheld an appellate decision requiring a new trial for an auto accident plaintiff because of “multiple errors and improprieties.” The improprieties included the defense lawyer’s reference to a “litigious society,” his questions about the plaintiff’s citizenship, and his questions about the plaintiff’s need for an interpreter. (The New Jersey Law Journal, the appellate and New Jersey Supreme Court opinions)