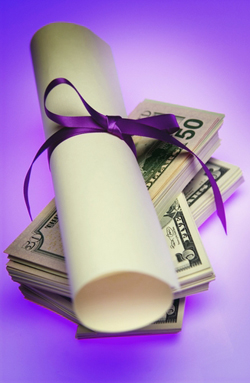 Thomas Wilson Mitchell, a law professor at the Texas A&M University, is the only lawyer among 21 winners of the MacArthur Foundation fellowships, commonly known as “genius grants,” this year. Mitchell left a law firm job to study how property rights and inheritance laws have affected Black landowners. He is principal drafter of a uniform law to help landowners who inherit a fractional undivided interest in property receive fair market value when a part owner forces a sale. (The Washington Post, the MacArthur Foundation fellows bio)

U.S. District Judge Phyllis Hamilton of the Northern District of California has issued a preliminary injunction that requires the IRS to stop withholding coronavirus relief checks from prisoners. Hamilton’s Sept. 24 ruling also gave the IRS until Oct. 24 to reconsider prior denials of stimulus check applications. There is no mention of prisoners in the law authorizing the stimulus checks. The IRS has cited a part of the Social Security Act as authority for its decision to withhold the money. (The Associated Press, Forbes)

Kirkland & Ellis has promoted 145 lawyers to partner, up from 141 last year. The law firm is well known for its large class of nonequity partners. (Law.com, Kirkland & Ellis announcement)

Cisco ordered to pay $1.9B after virtual bench trial

U.S. District Judge Henry Morgan of the Eastern District of Virginia has ordered Cisco Systems Inc. to pay $1.9 billion after a virtual bench trial in a patent infringement case. Cisco Systems was found liable for infringing four cybersecurity patents of Centripetal Networks Inc. The trial was the first patent case in the country to be conducted entirely on Zoom. (The National Law Journal, Reuters)

California Gov. Gavin Newsom has nominated Martin Jenkins to a seat on the state supreme court. Jenkins would be the court’s first openly gay judge. He is a former California appeals judge and is currently Newsom’s judicial appointments secretary. (Law.com, the San Francisco Chronicle)