As Justice Alito steps out from the shadows, some see a more aggressive persona emerge 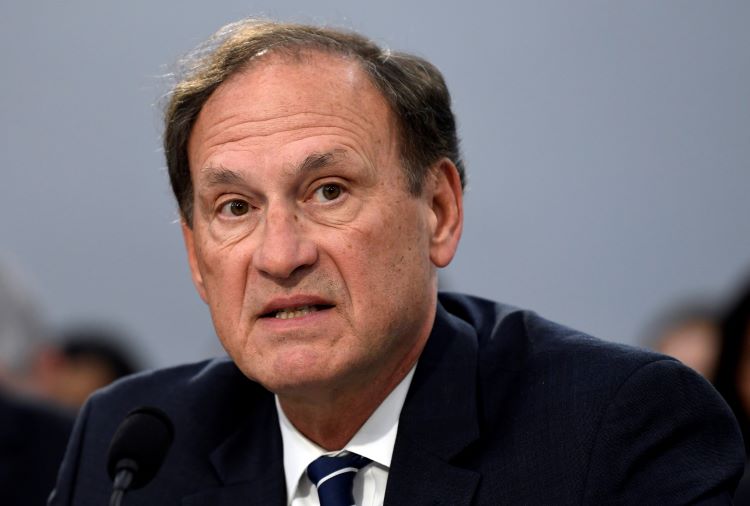 When Justice Samuel Alito was nominated to the U.S. Supreme Court in 2005, he was portrayed as cautious, respectful of precedent, quiet, methodical and reasonable. When Chief Justice John Roberts assigned Alito to write an opinion, Alito showed an ability to keep five votes by avoiding flashiness and provocative statements.

That has changed, now that the high court has a six-justice conservative bloc that doesn’t need Roberts for a majority, the New Yorker reports in a profile of Alito. He is now “the embodiment of a conservative majority that is ambitious and extreme,” the article asserts. “And Alito has taken a zealous lead in reversing the progressive gains of the ’60s and early ’70s—from overturning Roe v. Wade to stripping away voting rights.”

Alito’s newly aggressive posture extends to public appearances, in which he “now seems to be saying whatever he wants in public, often with a snide pugnaciousness that suggests his past decorum was suppressing considerable resentment,” the New Yorker reports.

Alito, who was born in 1950 in New Jersey, grew up at a time when the Supreme Court was issuing liberal rulings, the New Yorker points out. Those decisions desegregated schools, found a right to interracial marriage and contraception for married couples, guaranteed a right to counsel for indigent criminal defendants, established the exclusionary rule, and affirmed the one-person-one-vote rule.

Alito has said the liberal opinions pushed him to become a conservative. One had an impact on his family. Alito’s father was the director of the New Jersey Office of Legislative Services, and it was his job to draw up the new voting maps for the state legislature. He worked late into the night at the time-intensive task.

In high school, Alito has recalled, Alito’s father, a former teacher, went over his papers word for word. He was a member of the debate team, where he “grappled with” Supreme Court decisions and began to think about the Constitution, according to the New Yorker.

A roommate at Princeton University, where Alito attended college, told the New Yorker that Alito was “offended by the more extreme instances of anti-war protest,” and he thought that discontent should not be expressed as “antipathy to the United States.” His yearbook entry said he planned to go to law school “and eventually to warm a seat on the Supreme Court,” which he later described as a joke.

Alito went on to Yale Law School and worked in the U.S. Department of Justice during the Reagan administration. The New Yorker has information on some of the stances that he took while at the department.

Alito worked in the solicitor general’s office beginning in 1981, where he wrote a memo contending that police officers should have the right to shoot unarmed, fleeing suspects. The Supreme Court did not accept that argument. He also worked in the DOJ’s Office of Legal Counsel, where he backed a policy that said employers had a right to fire people with AIDS “because of fear of contagion, whether reasonable or not.”

Alito’s Supreme Court opinions have led former supporters to wonder whether the mild-mannered persona that Alito displayed at the time of his confirmation was genuine.

Lawrence S. Lustberg, a New Jersey criminal defense and civil rights lawyer, had described Alito in 2005 as “totally capable, brilliant and nice.” Lustberg recalled arguing before Alito when he was a judge on the 3rd U.S. Circuit Court of Appeals at Philadelphia, and he recalled Alito as fair.

Now, Lustberg told the New Yorker, Alito’s jurisprudence “has turned out to be angry, dark, retrogressive and historically damaging.” Since Alito joined the Supreme Court, “it’s like he has gained a sense of freedom to change the world in the image he has for it.”