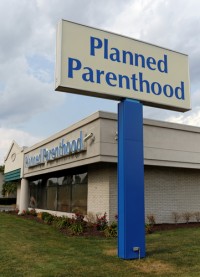 Medicaid patients don’t have a right to sue over a state’s decision to end Medicaid funding for Planned Parenthood, the en banc 5th U.S. Circuit Court of Appeals at New Orleans ruled Monday.

The appeals court ruled against patients challenging the funding ban in a Texas case and overruled a contrary 5th Circuit panel decision in a Louisiana case. The U.S. Supreme Court refused to consider the Louisiana case in December 2018.

The Medicaid patients in the Texas case had alleged that Planned Parenthood providers had been removed from the Medicaid program under a pretext that they were unqualified.

Chief Judge Priscilla Owen, a nominee of President George W. Bush, wrote the majority opinion for the en banc 5th Circuit. Nine other judges joined her opinion in full, and a tenth judge concurred in the judgment.

Owen said her opinion is in accord with a decision by the 8th Circuit at St. Louis. Five other federal appeals courts have reached contrary decisions.

The en banc 5th Circuit had considered the Louisiana case, Planned Parenthood of Gulf Coast v. Gee, in 2017. At that time, the appeals court split 7-7 on whether to hear the case en banc, leaving in place a decision allowing Louisiana Medicaid patients to sue.

The makeup of the 5th Circuit has changed since then, Fox News reports. The 5th Circuit includes six nominees of President Donald Trump. The four Trump nominees who participated in the Texas case all joined the majority opinion. A fifth joined the case too late to participate and a sixth recused.

“Under the majority’s decision, Medicaid patients will lose any semblance of autonomy in choosing their health care providers and must meekly accept what choices the state allows,” they wrote.

Other publications covering the decision include the Texas Tribune, the National Review and Law & Crime.