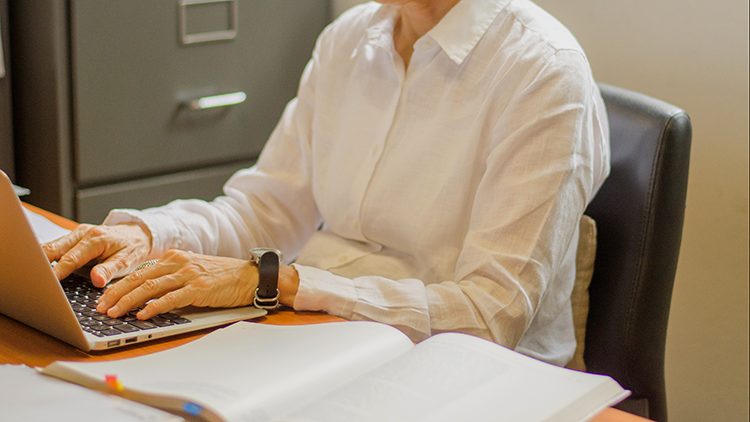 The novel coronavirus pandemic has raised unprecedented legal questions for U.S. employers and employees who are older than 40 or who have a medical disability.

Labor and employment attorneys around the country say they are receiving a flood of complaints and questions about layoffs, firings and recalls to the workplace that involve potential discrimination against older and disabled workers. Many cases involve an overlap of age and disability bias claims.

Both plaintiff and defense lawyers predict a large volume of federal and state lawsuits will emerge from the pandemic. They will be based on the federal Age Discrimination in Employment Act of 1967, which bars discrimination against workers age 40 and older; the Americans with Disabilities Act; the Families First Coronavirus Response Act, which mandated paid sick leave and family leave; the Fair Labor Standards Act; and state and local laws protecting older workers and those with disabilities.

The number of suits will grow over the next six to 12 months as more people discover they aren’t being called back to work, employers don’t offer them the accommodations they seek and administrative filing periods end, experts say.

Driven by the growing litigation risk, the U.S. Chamber of Commerce and other business groups have pressed Congress and state governments to enact broad restrictions on lawsuits against employers arising from the pandemic. Senate Majority Leader Mitch McConnell, R-Ky., wants liability protections included in any new economic relief package, but Democrats are strongly opposed.

So far, less than 10 age or disability discrimination lawsuits related to the pandemic have been filed in court, according to a COVID-19 case tracker compiled by the Hunton Andrews Kurth law firm. But many cases are being investigated and filed as charges or complaints on a pre-lawsuit basis with the Equal Employment Opportunity Commission and state civil rights agencies, attorneys say.

While age discrimination in U.S. employment and hiring has long been pervasive, the pandemic has raised the stakes for both employers and employees. Companies are drastically cutting costs to survive the worst financial crisis in a century, while older and disabled workers face the prospect of permanent unemployment and financial hardship in their retirement years.

A new working paper published by the National Bureau of Economic Research found that the unemployment rate for Americans 65 and older rose about 2.5 times more in April 2020 than it did at the peak of the Great Recession. Co-author Patrick Button, an assistant professor of economics at Tulane University, attributes that at least partly to greater age discrimination by employers during the pandemic.

“I expect more employers may think older workers are a liability,” Button says. “They’ll say on average these workers are more susceptible, and as a group, they’ll prefer younger workers.”

Citing their experience from the Great Recession, plaintiffs attorneys agree, warning that employers will use the current economic downturn as cover to push out workers in their 50s, 60s and 70s who often receive higher pay. And when rehiring begins, they anticipate older workers will be unlawfully passed over. There are more than 10 million Americans 65 and older still in the workforce, according to federal statistics.

“I expect a big uptick in both individual and class-action age discrimination cases because older employees are going to have a much harder time finding another job, assuming the job market remains very difficult in the coming months and years,” says Eric Bachman, chair of the discrimination practice at Zuckerman Law in Chevy Chase, Maryland who represents plaintiffs. “So the financial damages are very large because they may never find another job.”

Defense attorneys say most employers value their older workers and want to protect them. But they agree that many age-bias claims are likely to emerge. 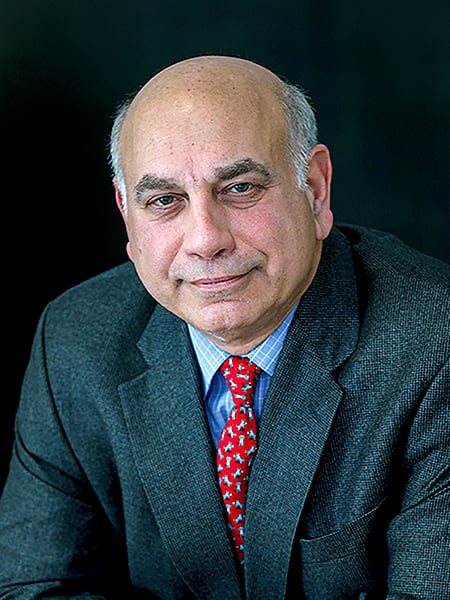 “When the dust settles and we see the full complement of people not coming back, then lawsuits will be brought and there will be analyses of their ages, sex, disabilities and race,” says Louis DiLorenzo, head of the labor and employment practice for Bond Schoeneck & King in New York City who represents employers. “We haven’t seen as many lawsuits yet as we are likely to see.”

Employers may be tempted to use the economic crisis to cull out older workers they consider poor performers, but whose performance they have not adequately documented. “If there aren’t any bad performance evaluations in the person’s record, an older worker likely will have a prima facie case and we have to prove age wasn’t the cause,” DiLorenzo says.

In one case, Mark Kanyuk, a 62-year-old tech facilities manager at Shearman & Sterling, a big New York City law firm, filed a federal age discrimination suit after the firm abruptly fired him in April, accusing him of unethical conduct.

His complaint alleges the firm axed him to cut costs due to the pandemic and the related economic recession, while giving younger employees the options of voluntary leave or reduced hours. He says he had consistently earned strong performance evaluations, raises and promotions. A Shearman & Sterling spokeswoman denied the allegations.

There are no published EEOC statistics on charges filed with the agency since the pandemic began, and an agency spokesman says the agency has no anecdotal evidence of any trend.

Experts expect the toll of the current recession will be even heavier, given the much bigger total job losses—more than 45 million Americans have filed for unemployment since the pandemic began, according to the U.S. Department of Labor—and widespread concerns about older employees facing greater health risks from COVID-19.

“My clients are being told they’re laid off because of COVID and are asking why the kid they trained for two years still has a job,” says Stephen Console of Console Mattiacci Law in Philadelphia, who’s filed about 30 age and disability discrimination cases with administrative agencies since the pandemic started. “The question is what criteria they’re using to say who stays and who goes.”

But Steven Ludwig, a partner at Fox Rothschild in Philadelphia, says layoffs of older, better-paid workers may be legally defensible during this tough economic period. “If you decide not to bring someone back because of high compensation, that’s not age discrimination,” he argued.

Indeed, that’s one of the reasons it’s tough to challenge age discrimination in court under the Age Discrimination in Employment Act. Unlike in race and sex bias cases, plaintiffs must prove that age was a determinative factor in the employer’s decision and not just one motivating factor, under a 2009 U.S. Supreme Court interpretation of the ADEA.

A bill passed by House of Representatives in January would allow claimants to prevail if they simply demonstrate that age was a motivating factor. But Senate Republicans and the Trump administration oppose the Protecting Older Workers Against Discrimination Act, arguing that it would encourage a flood of frivolous cases.

Another challenge for plaintiffs is the ADEA only allows economic damages and liquidated damages based on back pay, but not punitive or pain-and-suffering awards.

Despite the hurdles, claims still are being brought. In June, a 70-year salesman at a national company won a confidential age discrimination settlement after he was laid off in March, along with five other people in his local sales unit who were in their 50s, 60s or 70s. Most of the salespeople in the unit were under 50, none of whom lost their jobs, says Susan Ritz of Ritz Clark & Ben-Asher in New York City, who represented the salesman and is handling at least one other similar case.

Ironically, one of the biggest legal risks for employers may arise from good rather than bad intentions. Attorneys are seeing situations where employers, out of concern for the health of older employees, are telling or urging them to work from home rather than return to the office, in order to reduce their risk of COVID-19 infection, while bringing back younger workers.

But that’s a potential violation of the ADEA, according to an updated June guidance on COVID-19 issues from the EEOC. While employers are free to provide flexibility to workers 65 and older, the law bars them from involuntarily excluding employees from the workplace based on age, even for benevolent reasons, the agency wrote.

“If the employer starts bringing folks back to work and intentionally excludes older employees unless instructed to do so by government authorities, that’s age discrimination,” says Eric Meyer, a partner at FisherBroyles in Philadelphia who represents employers.

Employers can, however, exclude an older employee from the workplace under the Americans with Disabilities Act if the employee has a medical condition that poses a direct threat to his or her health, and there’s no way to provide a reasonable accommodation, the EEOC says.

Reasonable accommodations could include protective barriers, temporary job reassignment or a modified work schedule, according to the EEOC.

Older employees have divergent views about returning to the workplace during the pandemic, raising different legal issues for different groups. 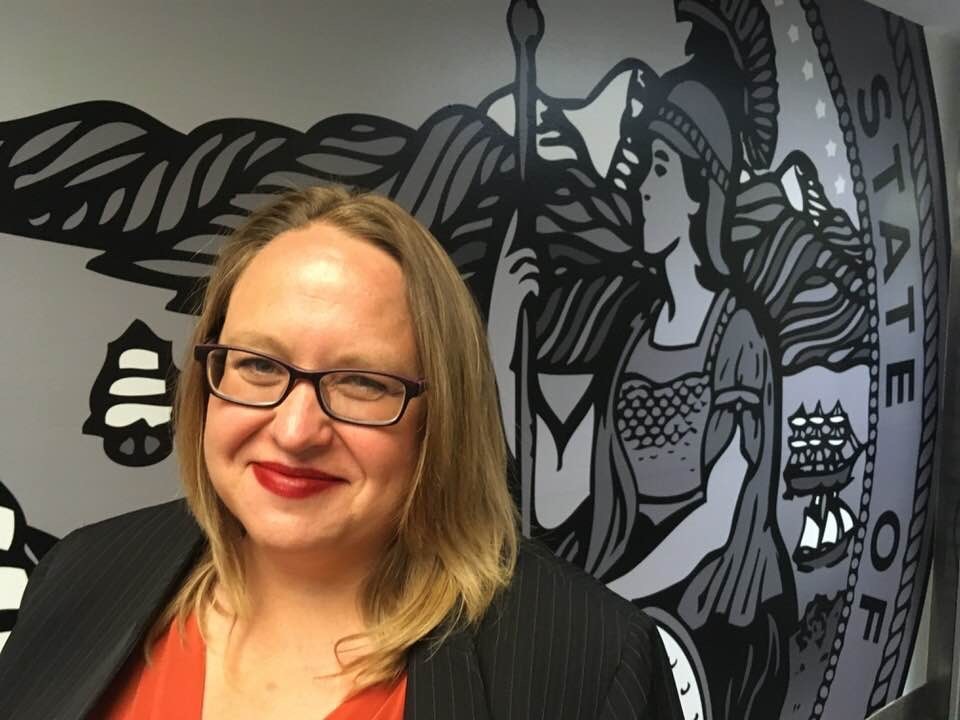 Wendy Musell, a partner at Stewart & Musell in San Francisco.

Some workers who want to come back are being told to stay home. Others who ask to continue working from home or receive safer workplace accommodations because of worries about their own health or the health of someone in their household are being turned down, says Wendy Musell, a partner at Stewart & Musell in San Francisco who represents plaintiffs.

The ADEA does not require employers to provide accommodations based on age.

Some employers are firing or threatening to fire workers who refuse to return to the workplace out of safety fears, which in some states like Oklahoma means they could be cut off from unemployment benefits as well, says Rachel Bussett, an Oklahoma City attorney who’s representing older and disabled workers facing that dilemma.

Plaintiff and defense attorneys agree that employers will have a much tougher time now than in the past in justifying decisions not to allow employees to work from home.

Employers’ thinking about COVID-19 health risks to older employees could change if Congress passes broad liability protections for employers in case workers get sick. The Safe to Work Act proposal, written by Sen. John Cornyn, R-Texas, would give employers five years of legal protection if they make “reasonable efforts” to comply with government standards to protect workers from the coronavirus infection. But the fate of that proposal is uncertain.

Many states already have enacted some liability protections for businesses, though those don’t apply to federal claims under the ADEA and ADA.

How judges and juries will react to these age- and disability-discrimination lawsuits during pandemic is uncertain, lawyers on both sides say.

“If an employer behaved particularly badly and tried to run out older and disabled workers, I think they’ll be dealt with harshly,” Musell says. “But if they tried to treat employees thoughtfully even if it was illegal, those will be much harder cases to win.”

Harris Meyer is a Chicago-based health care and law reporter who has written for Kaiser Health News, Health Affairs, Modern Healthcare, the Wall Street Journal and many other publications.