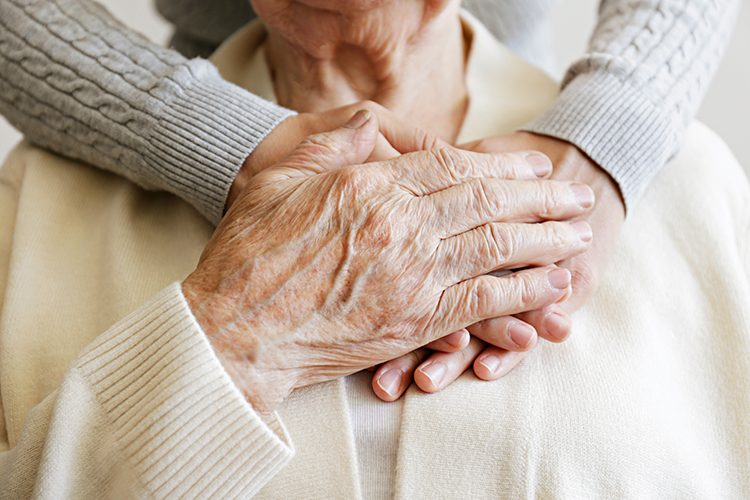 The ABA House of Delegates approved a pair of resolutions Monday that focus on the needs of older Americans.

Resolution 602, sponsored by the Commission on Law and Aging, the Section of Real Property, Trust and Estate Law and the Senior Lawyers Division, adopts the recommendations of the Fourth National Guardianship Summit and encourages all legislatures and policymakers to incorporate them when improving guardianship laws, policies and practices.

David English, a Section of Real Property, Trust and Estate Law representative to the House of Delegates, introduced the resolution. He said while many people have become more aware of guardianship issues because of Britney Spears’ recent case, it is not an isolated incident.

“We have been working or dealing with issues concerning guardianship going back many decades,” said English, who is also a past chair of the Section of Real Property, Trust and Estate Law and the Commission on Law and Aging. “As part of this process, about every 10 years a national conference will be held with numerous attendees from many ABA entities, among other groups, to talk about guardianship and make recommendations on how to improve the system.”

ABA members and staff were among the 125 advocates and experts who gathered virtually at the Fourth National Guardianship Summit in May 2021. The association has also participated in and adopted recommendations from three previous summits in 1988, 2001 and 2011.

They include the following:

• States and courts must ensure all judicial proceedings that could impact an adult’s rights include meaningful due process.

• State statutes, rules, policies and processes should require courts to consider supported decision-making as an alternative to guardianship both before and after it is imposed.

• States should create guardianship diversion programs that facilitate alternatives to guardianship, and as a result, reduce the likelihood that unnecessary guardianships will be granted.

• States and courts should increase the safety and well-being of adults subject to guardianship by establishing a post-appointment, person-centered monitoring system.

• States should provide funding for an agency to implement and oversee licensure or certification of court-appointed guardians as well as to vet, train and discipline these guardians.

The House of Delegates adopted a separate resolution in August 2020 that called on Congress to create and fund a guardianship court improvement program to support states’ efforts to strengthen their adult guardianship systems.

Jo Ann Engelhardt, who also serves as a Section of Real Property, Trust and Estate Law representative to the House of Delegates, added that the Racial & Ethnic Diversity Caucus supports the resolution.

“This is important because so often the burdens of an ineffective guardianship system may fall more harshly on our diverse communities,” said Engelhardt, who is a member of the caucus.

As of mid-September, a dozen states has enacted 24 amendments in their laws that relate to these recommendations, according to the report that accompanies Resolution 602. Congress is also considering reforms, including through the Guardianship Accountability Act.

Information about nursing home owners and chains should be more accessible, House says

The House of Delegates approved another resolution Monday that aims to improve transparency and accountability in the ownership and management of nursing homes.

Resolution 601, sponsored by the Commission on Law and Aging, the Health Law Section and the Senior Lawyers Division, urges Congress and the Centers for Medicare and Medicaid Services to create a national system that audits nursing home ownership reports to ensure the disclosure of all owners, including parent, management and property companies. It also asks them to increase their focus on nursing home chains by enabling the CMS website that compares nursing homes to include information on facilities owned by the same companies.

Louraine Arkfeld, a Senior Lawyers Division representative to the House of Delegates, spoke in favor of the resolution. She contended that “making the decision to place your loved one, a vulnerable loved one, into a nursing home is a difficult decision in even the best of circumstances.”

According to a Kaiser Family Foundation study, which is cited in the report that accompanies the resolution, 69% of nursing homes were owned by for-profit companies in 2016. In the same year, 24% operated as nonprofit facilities, while 7% were government-owned.

The study additionally shows that more than half of nursing homes were owned or leased by corporate chains with two or more facilities.

“Unfortunately, the pandemic has demonstrated to us, often quite painfully, how tenuous the care and safety of our loved ones can be in nursing homes,” Arkfeld added. “These increasingly complex structures with their disassembly of nursing home ownership and operations has been shown to have a negative effect on a broad array of quality measures.”

In November 2019, Sen. Elizabeth Warren, a Democrat from Massachusetts, and two other legislators sent letters to the Carlyle Group, Formation Capital, Fillmore Capital Partners and Warburg Pincus, which have holdings in the nursing home industry. They also told the four private equity firms they had concerns about their interests in large for-profit chains and requested more information about their investments.

Resolution 601 additionally urges state and territorial legislatures and regulatory agencies to make proposed changes in the ownership and management of nursing homes more transparent by implementing public comment periods or other processes prior to transactions.

ABA Journal: “Fines against unsafe nursing homes are considered a slap on the wrist”