What are abortion trigger laws, and where do they stand? 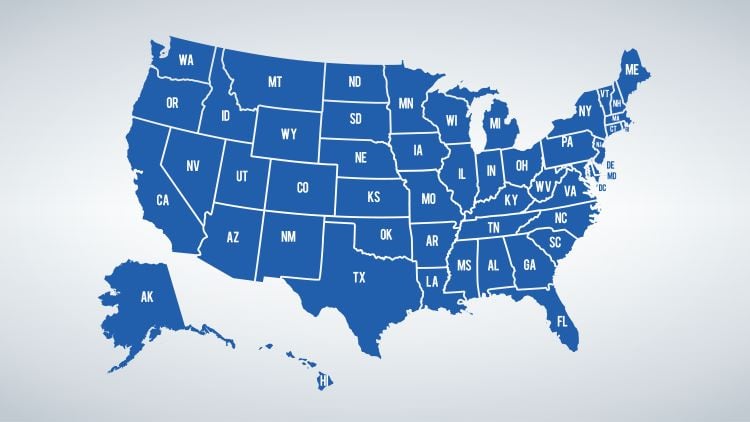 Less than a week after the U.S. Supreme Court overturned Roe v. Wade, more than a dozen states have already or plan to soon ban abortion in most cases.

Of these states, 13 have so-called trigger laws—laws that are enacted by certain circumstances. In this case, they were implemented in anticipation of the fall of the 1973 decision, which held that states can’t ban abortion before viability, the point at which a fetus can survive outside the womb. Some laws were enacted almost immediately, while others will take effect within 30 days or require a state official to first certify that the court’s opinion does overturn Roe.

The Supreme Court ruled Friday that there is no constitutional right to abortion in Dobbs v. Jackson Women’s Health Organization, a challenge to Mississippi’s ban on most abortions after 15 weeks of pregnancy. Justice Samuel Alito—the same justice who wrote the opinion when it was leaked in draft form in May—said Roe “was egregiously wrong from the start.”

Here’s what we know so far about where abortion bans stand in these 13 states and in other states that have laws targeting the procedure. This information has been compiled from sources that include the New York Times, the Washington Post, the Associated Press, Politico and CNN.

Attorney General Leslie Rutledge certified that Roe had been overturned Friday, allowing the state’s trigger law to take effect immediately. The state legislature passed the Arkansas Human Life Protection Act in 2019. It bans almost all abortions, with the exception of saving the life of the mother, and makes performing or attempting to perform one a felony with a fine of up to $100,000 and/or a prison sentence of up to 10 years.

Idaho passed its trigger law banning nearly all abortions in 2020. It will take effect 30 days after the Supreme Court’s decision and make providing or attempting to provide an abortion a felony that is punishable by up to five years in prison. The law has exceptions for rape or incest and to prevent the death of the pregnant woman. Abortion providers have filed a lawsuit challenging the ban. (Here’s another ABA Journal article that covers state litigation over abortion bans.)

Kentucky’s abortion ban went into effect immediately after the Supreme Court overturned Roe. Its trigger law, which passed in 2019, makes it a felony for anyone to provide procedural or medication abortions in the state. The only exceptions are to prevent the death of the pregnant patient or to prevent permanent impairment to her life-sustaining organs. Abortion clinics and a health care provider filed a lawsuit to challenge the full abortion ban as well as an earlier six-week ban blocked by a federal court. A state court judge temporarily blocked both laws Thursday.

A trigger law banning anyone from performing an abortion or providing medication to terminate a pregnancy in Louisiana went into effect immediately after the Supreme Court’s decision. Known as the Human Life Protection Act, it subjects abortion providers to up to 10 years in prison and fines up to $100,000 but makes exceptions to prevent serious injury or death to the mother. A state court judge temporarily blocked the ban Monday and scheduled a July 8 hearing to decide whether to enforce the ban.

Mississippi already had a law banning most abortions at 20 weeks and attempted to enact the 15-week abortion ban that was at the center of the Supreme Court decision last week. A trigger law certified Monday by Attorney General Lynn Fitch will prohibit most abortions in the state beginning July 8. Anyone who performs or attempts to perform an abortion—except when it is necessary to save the mother’s life or in cases involving rape—face up to 10 years in prison. An abortion provider has filed a lawsuit.

The Right to Life of the Unborn Child Act, Missouri’s 2019 trigger law, went into effect Friday after Attorney General Eric Schmitt and Republican Gov. Mike Parson filed the required paperwork to notify the state revisor of statutes that Roe had been overturned. It makes it a felony for anyone to perform an abortion, except in cases of medical emergency. Individuals who violate the law could be sentenced to up to 15 years in prison.

Attorney General Drew Wrigley on Tuesday certified the state’s trigger law that will end most abortions in the state. Passed in 2007, the law makes it a felony to perform an abortion unless one is needed to prevent a pregnant woman’s death or in cases of rape or incest. Once the ban takes effect on July 28, abortion providers could face a five-year prison sentence and $10,000 fine.

Republican Gov. Kevin Stitt signed a bill in May that prohibits abortions with few exceptions. The state also has a 2021 trigger law, which went into effect Friday after Attorney General John O’Connor issued notice that Roe had been overturned. This measure makes abortion illegal, punishable by up to 10 years in prison or a $100,000 fine, unless it is needed to prevent the death of a pregnant woman.

South Dakota’s trigger law went into effect immediately, making anyone who performs an abortion or provides medication to a woman for termination of a pregnancy guilty of a felony. The only exception is to save the life of the mother.

Tennessee bans abortions as early as six weeks into pregnancy after a federal court lifted an injunction on a 2020 law Tuesday. The Human Life Protection Act, a trigger law passed by Tennessee lawmakers in 2019, will take effect 30 days after Attorney General Herbert Slatery III notifies the state code commission of the Supreme Court’s decision overturning Roe. It bans abortions in the state, unless one is needed to prevent the death or serious injury of a pregnant woman.

A Texas law banning most abortions after about six weeks took effect in September. Also in 2021, the state passed a trigger law that will go into effect 30 days after the Supreme Court’s ruling. It makes it a felony for anyone to perform or attempt to perform an abortion, unless one is needed to save the life of the pregnant person. Abortion providers filed a lawsuit to block an abortion ban passed before Roe. A judge temporarily halted the ban Tuesday.

Utah passed a trigger law, which stopped abortions immediately after the state’s legislative general counsel certified the Supreme Court’s decision to overturn Roe Friday. Under the 2020 law, there are exceptions in cases involving rape or incest, the possibility of severe birth defects and to prevent the death or serious injury to the mother. An abortion provider filed a lawsuit claiming the law violates the state constitution. On Monday, a state court judge issued a temporary restraining order to block the law for 14 days.

Wyoming lawmakers passed a trigger law in March that prohibits abortions in the state after the Supreme Court overturns Roe. Within 30 days, the attorney general must review the decision and issue a report to the governor. The governor must then certify the results of the review to the secretary of state. The law will take effect five days after the certification. It contains exceptions to prevent the death or serious injury to the pregnant woman and in cases of incest and sexual assault.

Before the Supreme Court ruled that women had a constitutional right to abortion in 1973, the procedure was illegal in more than half of the country. Some of those states, including Wisconsin, never repealed their pre-Roe abortion bans and are allowing them to take effect again.

Under a Wisconsin law from 1849, abortion providers could be charged with felonies and face up to six years in prison and $10,000 fines. The state legislature decided last week not to repeal the measure during a special session called by Democratic Gov. Tony Evers. According to the Washington Post, doctors halted all abortions in the state Friday.

Evers and Attorney General Josh Kaul filed a lawsuit Tuesday, asking state courts to clarify whether the 19th-century law is still enforceable. They are also arguing that it conflicts with another state law passed in 1985 prohibiting abortion after 20 weeks or at the point of fetal viability.

In Michigan, which also has a pre-Roe abortion ban, Democratic Gov. Gretchen Whitmer filed a lawsuit in April arguing the law violates the state constitution. The 1931 ban, which is modeled after an 1846 abortion policy, makes providing an abortion a felony and doctors potentially guilty of manslaughter if a woman dies during the procedure.

In May, a state court granted a preliminary injunction in another challenge to the 1931 law filed by abortion providers.

Alabama, Arizona and West Virginia are other states that still have pre-Roe abortion bans on the books. Those laws also could be challenged in the coming months.