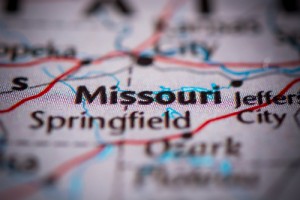 Missouri is first state to sue China over COVID-19

The state of Missouri has filed a lawsuit against China that contends that its government covered up knowledge of COVID-19 and hoarded personal protective equipment. Missouri is the first state to sue China. The suit alleges breach of duty, public nuisance and abnormally dangerous activities. Two law professors who spoke with Courthouse News Service gave the suit little chance of success because the Chinese government has immunity from U.S. lawsuits. Some U.S. lawmakers have already introduced bills to change that. (Law.com, Courthouse News Service, the Washington Post, the lawsuit)

A California lawyer was arrested for allegedly threatening a TV cameraman with a knife after a protest of COVID-19 restrictions. Christien Francis Petersen, 36, was arrested on charges of displaying a deadly weapon other than a firearm and kidnapping. He allegedly forced the cameraman to delete video footage of him. Petersen’s lawyer, Christopher Darden, told the New York Post that Petersen wasn’t part of the protest and didn’t want to be associated with it. But the criminal charges are due to “a gross misunderstanding,” Darden said. (The Orange County Register, the Los Angeles Times, Fox 11 Los Angeles, the New York Post)

Male general counsels and chief legal officers are paid more in total cash compensation than women in those jobs, according to a survey by legal search firm Major, Lindsey & Africa. The global average for men was $501,000, compared to $444,000 for women. The survey was based on responses from 3,900 lawyers in 36 countries. (Law360, press release, the survey findings)

U.S. District Judge Amit Mehta of Washington, D.C., has denied King & Spalding’s request to destroy sealed court records revealing its billing rates. Mehta said the records could remain sealed, but he would not allow their destruction. King & Spalding had withdrawn a request for attorney fees in hopes of keeping the records secret. King & Spalding has argued that exposure of billing rate information would harm its standing with respect to competitors. (Law.com, Law360)