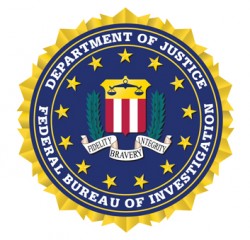 Senator wants to know whether FBI probe of Kavanaugh was ‘fake’

U.S. Attorney General Merrick Garland should help facilitate Senate oversight into whether the FBI conducted a “politically constrained and perhaps fake FBI investigation” of then-U.S. Supreme Court nominee Judge Brett M. Kavanaugh, according to a senator’s letter. Democratic U.S. Sen. Sheldon Whitehouse of Rhode Island, a senior member of the Senate Judiciary Committee, wrote that the FBI appears to have done little to investigate Christine Blasey Ford’s allegations that Kavanaugh committed sexual misconduct at a high school party. Whitehouse said potential witnesses tried in vain to contact the FBI, and it appeared that the FBI did not review information gathered through a tip line. “This ‘tip line’ appears to have operated more like a garbage chute,” Whitehouse wrote. (The Guardian, Whitehouse’s press release, Whitehouse’s letter)

California Attorney General Xavier Becerra and other prosecutors in the state have filed a lawsuit accusing Brookdale Senior Living of submitting false staffing information to game the nursing home ratings system run by the U.S. Centers for Medicare & Medicaid Services. The suit also alleges that the chain evicts or transfers residents without adequate notice to fill its beds with people who will bring in more money. The nursing home chain denies any fraudulent conduct. (BakersfieldNow, the New York Times, Reuters Legal, Becerra’s press release, the March 15 lawsuit)

A former of counsel at Reed Smith has agreed to withdraw his lawsuit alleging that the law firm unlawfully fired him because of a concussion that caused headaches and trouble with concentration. There was no indication whether the former Reed Smith lawyer, Aaron Chase, had settled his case. (Law360)

Activist is arrested for refusing to wear courthouse mask

A magistrate judge issued an arrest warrant Monday for an anti-government activist who refused to wear a face mask at the courthouse in Ada County, Idaho. The activist, Ammon Bundy, was denied entry to the courthouse. He was there to face trial on trespassing charges for refusing to leave the Idaho Capitol during an August 2020 protest. (East Idaho News, CBS 2 Idaho News)