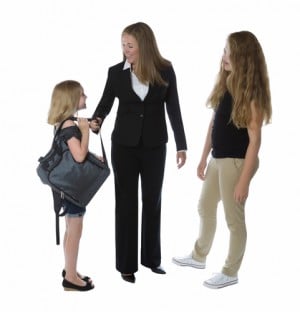 Animal rights lawyer Jennifer Emmi of Evergreen, Colorado, has pleaded guilty to solicitation to commit second-degree murder after she was accused of trying to hire a hit man to kill her husband’s girlfriend. She pleaded guilty to a total of seven felonies and four misdemeanors in the plea deal. Her lawyer, Colin Bresee, had maintained that the accusations were blown out of proportion, and she had no intention of acting on the idea. Emmi, who is also known as Jennifer Edwards, is set to be sentenced Aug. 16. (The Brighton Standard Blade, Law & Crime, People magazine)

Paul Hodgkins of Tampa, Florida, has received an eight-month prison sentence for participating in the Jan. 6 U.S. Capitol attack. Hodgkins, a crane operator, is the first person accused in the attack to get a prison sentence. He was photographed carrying a “Trump 2020” flag into the Senate. U.S. District Judge Randolph Moss of the District of Columbia said Hodgkins did not have a criminal record, didn’t threaten or commit violence, and didn’t organize the attack. But Moss said Hodgkins’ use of the flag showed that he was “declaring his loyalty to a single individual over the nation. In that act, he captured the threat to democracy that we all witnessed that day.” Moss said many of the Capitol riot defendants will get a tougher sentence than Hodgkins did. (Reuters, the Washington Post, Law.com)

Military prosecutors have told a judge that they no longer want to allow evidence obtained from torture to be considered for pretrial matters in the case of Abd al-Rahim al-Nashiri, who is accused of orchestrating the deadly bombing of the U.S. Navy destroyer USS Cole. Seventeen sailors were killed in the attack. Torture-derived evidence is already banned from military commission trials. The news comes as the Biden administration repatriated detainee Abdul Latif Nasir from Guantanamo Bay to Morocco. He is the first inmate transferred from Guantanamo since the Trump administration stopped such moves. (The New York Times, the Washington Post)