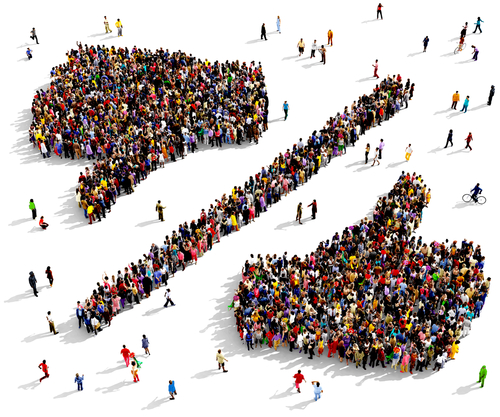 The public’s approval of the U.S. Supreme Court is the highest it has been in more than a decade, according to a new poll from Gallup.

The results, released Wednesday, show that 58% of Americans say the Supreme Court handles its job responsibly. The last time the high court received this high of an approval rating was in 2009, the year that President Barack Obama nominated Justice Sonia Sotomayor, the court’s first Latina justice, to the bench.

“About six in 10 Republicans (60%), independents (57%) and Democrats (56%) approve of its overall job performance, the closest partisan ratings for the court Gallup has recorded throughout its trend since 2000,” the report says.

CNN, USA Today, the Washington Post, the Hill and Courthouse News Service have coverage. The full report is here.

Gallup conducted the poll from July 1 to 23 with a random sample of 1,007 adults, only a few weeks after the Supreme Court ended a busy 2019-2020 term that delivered significant decisions favoring liberals and conservatives.

Democrats celebrated rulings that struck down Louisiana abortion restrictions and rejected President Donald Trump’s push to end the Deferred Action for Childhood Arrivals program, the report says, while Republicans lauded decisions delaying the possibility that Trump’s financial records will be released before the November election and allowing faith-based employers to opt out of birth control coverage for their employees.

Gallup’s report also points out that the Supreme Court gave the public rare access to arguments as it heard cases through conference calls amid the COVID-19 pandemic.

“The Supreme Court’s many impactful rulings this year are likely behind the double-digit changes among Republicans’ and Democrats’ ratings of the court,” the report says. “But the result is a court that is now evaluated similarly by both major party groups; for the first time in Gallup’s trend since 2000, all party groups’ ratings fall within the margin of error of the national average.

“If the goal of the court was to reestablish itself as a nonpolitical institution, it seems to have succeeded in that to a large degree, with higher overall ratings and similar ratings among partisan groups.”

After the Supreme Court’s approval surged to 61% in 2009, it dropped 10 percentage points the following year and then remained below the 50% mark until 2018, according to Gallup. In recent years, the high court’s rating has been slightly higher than 50%.