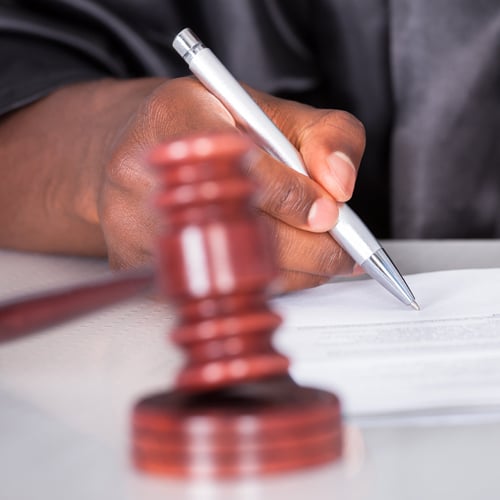 Judges seem unprepared from the defiance of Trump administration officials who appear to have repeatedly defied court orders, according to a political science professor who researches judicial decision-making.

“I think that there’s kind of an attitude from the administration that we can fudge things, we may be able to run out the clock,” said Kenneth Manning, a professor at the University of Massachusetts at Dartmouth, in an interview with the National Law Journal.

Manning said the situations have placed Department of Justice lawyers in a difficult position. He fears that future administrations will also ignore court rulings.

“Future administrations will look and say, ‘Well look how the Trump administration played the courts,’ ” Manning told the National Law Journal. “ ‘They defied court orders, and that brought them an extra 60 or 90 days and yes they got admonished, but does that really matter?’”

• In November, the U.S. Postal Service failed to follow a judge’s time frame to sweep mail facilities for undelivered ballots in 12 postal districts.

• The U.S. Department of Homeland Security made incorrect statements in defense of a decision to oust New York from expedited border crossing programs. DHS officials had wrongly said New York was unique in restricting federal access to motor vehicle records, and that endangered national security. The agency later admitted that several states have similar restrictions.

• The Trump administration tried to remove a mother and her child from the United States despite assuring a judge that no one would immediately be deported while he considered an emergency order. The judge threatened contempt proceedings if the government did not turn around a plane carrying the two people.

• The U.S. Department of Education collected loans from former students of a for-profit college chain, despite an order to stop.

• The U.S. Department of Commerce appeared to push ahead with an early deadline to the census count, despite a federal judge’s order banning the shorter deadlines. The U.S. Supreme Court later allowed an end to the data collection.

• President Donald Trump declared that he would try to include a citizenship question in the census survey, although the Supreme Court said the government had to provide a better explanation for including the question. Trump eventually relented and said the citizenship information would be collected from other records.