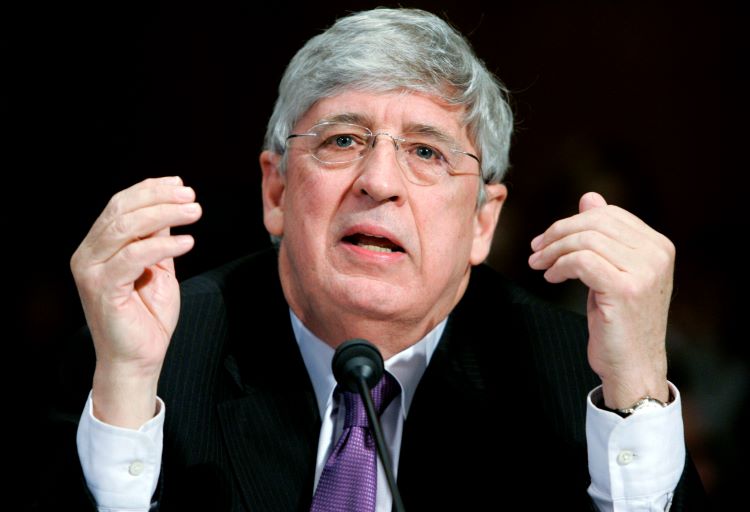 Walter Dellinger testifies on Capitol Hill in Washington, D.C., in January 2007. Dellinger was a longtime professor at the Duke University School of Law. He died Feb. 16 at age 80. Photo by Haraz N. Ghanbari/The Associated Press.

Former acting U.S. Solicitor General Walter Dellinger died Feb. 16 at age 80. Dellinger was a longtime professor at the Duke University School of Law and head of the Supreme Court and appellate practice at O’Melveny & Myers. O’Melveny chair Bradley J. Butwin said in a statement Dellinger was “a giant in the law” who had an unmatched commitment to social justice and equality. (Law.com, Reuters, Law360, Butwin’s statement)

San Diego lawyer Ben Pavone was engaging in protected speech when he called a female judge’s opinion “succubustic,” a State Bar Court of California judge has found. “Distasteful as it is, this comment was made figuratively, representing rhetorical hyperbole and consequently is protected by the First Amendment,” State Bar Court Judge Cynthia Valenzuela said in her Feb. 10 opinion. But Pavone should receive a stayed one-year suspension, with 30 days to be served, because he falsely accused the same judge of intentionally refusing to follow the law because of bias, Valenzuela said. A California appeals court had referred Pavone to ethics regulators in 2019 after concluding that the reference to a female sexual demon showed gender bias. (Law360, the Metropolitan News-Enterprise, Law.com, the Feb. 10 opinion)

A former police officer in suburban Minneapolis who was convicted of manslaughter for the fatal April 2021 shooting of Black motorist Daunte Wright was sentenced Friday to two years in prison. Kim Potter had contended that she thought that she was firing her Taser instead of a gun. “This is a cop who made a tragic mistake,” said the sentencing judge, Judge Regina Chu of Hennepin County, Minnesota. (The New York Times, the Washington Post, the Associated Press)

The Connecticut Supreme Court has asked Superior Court Judge Alice Bruno to show cause why she shouldn’t be suspended or removed from the bench. Bruno has been collecting her paycheck, even though she hasn’t shown up for work at her court in Waterbury, Connecticut, for two years. Bruno’s lawyer, Jacques Parenteau, said she has been on leave since a November 2019 cardiac procedure. Parenteau said Bruno filed a disability bias complaint after the judiciary refused her request for an accommodation. The show cause order, issued Feb. 10, asks Bruno to appear before the high court April 5. (The Hartford Courant, the Associated Press)

A judge in Tulsa County, Oklahoma, has dismissed several charges against criminal defense lawyer Winston Connor, who had claimed that the allegations were motivated by “vindictiveness and jealousy.” Judge Clifford Smith dismissed racketeering, pandering and drug-related charges against Connor last week. A prior murder solicitation charge was dismissed in 2021. The charges had been based on taped conversations between Connor and an inmate who had a contraband phone and Connor’s representation of massage parlors thought to be fronts for prostitution. Connor’s lawyer, Clark Brewster, called the latest dismissal “a great victory.” (KSN, KZRG)