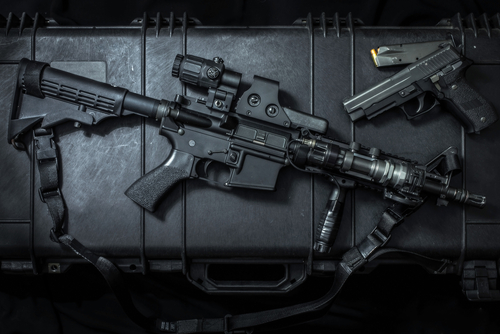 Citing the Second Amendment, U.S. District Judge Roger Benitez of the Southern District of California struck down California’s ban on assault weapons Friday. “Like the Swiss Army knife, the popular AR-15 rifle is a perfect combination of home defense weapon and homeland defense equipment,” Benitez wrote. “Good for both home and battle, the AR-15 is the kind of versatile gun that lies at the intersection of the kinds of firearms protected” under U.S. Supreme Court precedent. (The Washington Post, the New York Times, NPR, Benitez’s June 4 decision)

The former general counsel for Aristocrat Plastic Surgery in New York has claimed that he wasn’t rehired after a furlough during the coronavirus pandemic because of long-haul symptoms from COVID-19. The suit by Scott Edelman claimed that the medical practice violated New York human rights laws and the Rehabilitation Act. (Law360)

Judge who made belittling references to slain man plans to retire

A Washington judge who made belittling references to a Black man killed by police officers has said he plans to retire. Judge Darvin Zimmerman of Clark County, Washington, apparently didn’t realize that he was being livestreamed when he referred to the slain man as “the Black guy they are trying to make an angel out of.” (The Columbian, the Associated Press, Zimmerman’s resignation letter)