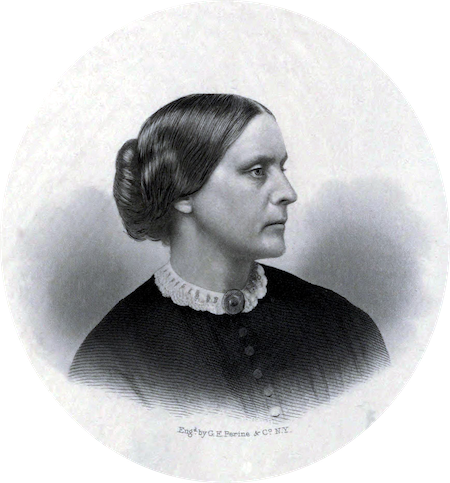 President Donald Trump said Tuesday he is granting a posthumous pardon to Susan B. Anthony, the women’s suffragist who was convicted for casting a ballot in an 1872 election. Tuesday is the anniversary of the 19th Amendment giving women the right to vote. (The New York Times, Politico, Trump’s remarks)

A Florida man charged with the murder of an Orlando, Florida, lawyer allegedly told police that he was given a drug in the hospital that blocked any memories of the night in question. The slain lawyer, 44-year-old Erin Hartigan, had worked as a city planner in Orlando and was an assistant Lake County attorney at the time of her death. The suspect, 33-year-old William Franklin, was found hiding in a backyard near Hartigan’s home, where she had been stabbed to death Sunday morning. Franklin’s wife had filed a missing persons report after he left the Orlando Regional Medical Center early Sunday. The wife said Franklin was in the hospital because of narcotics that he received on his birthday. (The Orlando Sentinel, WFTV 9, Click Orlando)

Postmaster General Louis DeJoy announced Tuesday that he is reinstating overtime hours and stopping other cost-cutting measures until after the 2020 presidential election. DeJoy’s announcement comes amid new and threatened lawsuits challenging his decisions. Two suits were filed Monday in federal courts in Manhattan and Washington, D.C., with mail-in voters as plaintiffs. At least 20 states also planned to file lawsuits this week. The states will allege unconstitutional interference with state powers to run elections, failure to get approval from the Postal Regulatory Commission, and violations of the Voting Rights Act and the Americans with Disabilities Act. (The Washington Post here and here, the National Law Journal)

U.S. District Judge Justin Walker of Kentucky ruled Friday that Louisville, Kentycky, can’t enforce its fairness ordinance against a Christian photographer who refuses to photograph a same-sex wedding. Walker said the ordinance violates the photographer’s freedom of religion and speech. President Donald Trump appointed Walker to the federal bench in 2019, then nominated him to the U.S. Court of Appeals for the District of Columbia Circuit. He was confirmed to the higher court in June. (WDRB, the Louisville Courier Journal)