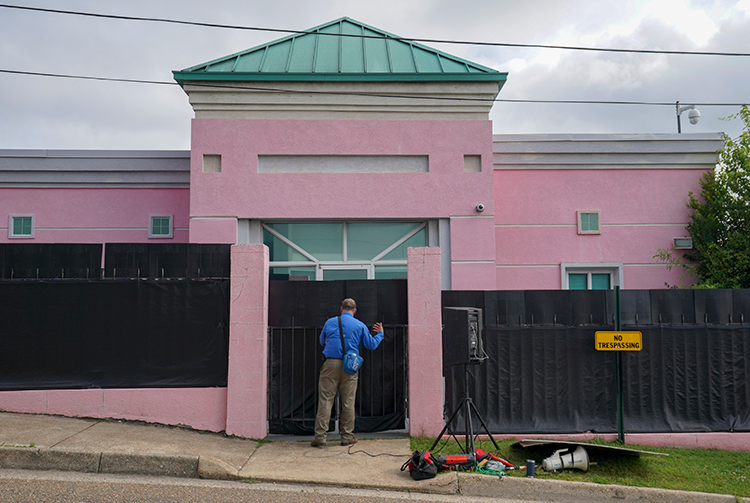 The ABA filed an amicus brief with the U.S. Supreme Court on Monday that asks justices to uphold Roe v. Wade and adhere to its precedent recognizing the right to an abortion prior to the viability of the fetus when it hears a case scheduled for the October term.

“For 48 years, the right to decide to have an abortion before viability has become embedded in the fabric of our society and the understanding of women as a fundamental right that affects women in every way from economics, to health, to career choices and family life,” the ABA said in its brief. “The revocation of such a right would be unprecedented.

“It would be a devastating repudiation of stare decisis, jeopardize the public’s faith in our legal institutions, and have a cruel effect on the lives and expectations of millions of women.”

The case at issue, Dobbs v. Jackson Women’s Health Organization, arose after Mississippi passed a law in 2018 that bans most abortions after 15 weeks of pregnancy.

Jackson Women’s Health Organization, the only licensed abortion facility in the state, filed a lawsuit along with one of its doctors challenging the constitutionality of the law and requesting an emergency temporary restraining order. The district court agreed with the clinic, determining that Supreme Court precedent prohibited states from banning abortions before a fetus is viable.

The Supreme Court ruled in Roe in 1973 and Planned Parenthood v. Casey in 1992 that the Constitution protects a woman’s right to have an abortion before a fetus becomes viable. Most medical experts agree that this happens around 24 weeks of pregnancy.

In upholding the district court’s decision, the 5th U.S. Circuit Court of Appeals at New Orleans affirmed that the Mississippi law was an unconstitutional ban on pre-viability abortions.

“In an unbroken line dating to Roe v. Wade, the Supreme Court’s abortion cases have established (and affirmed, and re-affirmed) a woman’s right to choose an abortion before viability,” the court said in its 2019 opinion. “States may regulate abortion procedures prior to viability so long as they do not impose an undue burden on the woman’s right, but they may not ban abortions. The law at issue is a ban.”

In its cert petition to the Supreme Court, the state of Mississippi asked justices to consider whether all-pre-viability bans on elective abortions are unconstitutional. The state also asked them to consider whether the validity of a pre-viability law should be analyzed under the “undue burden” standard or balancing of benefits and burdens introduced in previous cases, and whether abortion providers have standing to invalidate a law that protects women’s health from the potential dangers of late-term abortions.

According to SCOTUSblog, the Supreme Court considered the case in 13 consecutive conferences before agreeing on May 17 to consider the petitioners’ first question. Oral arguments in Dobbs are scheduled for Dec. 1.

ABA President Reginald Turner said in a statement Monday that the association’s amicus brief in Dobbs cites “the nearly half century of legal precedent, the irreparable harm that reversing Roe would cause women, and the disproportionate effect of the law on women of color.”

The ABA said in its brief that not only was the right at issue five decades old and firmly established in U.S. law, but it has become part of both women and men’s “basic understanding of the liberty guaranteed by the Constitution.”

“American women and men have conceived their futures, and the futures of their families, based on the understanding that they will be able to decide whether and when to have children, and how many,” the association added. “That ability has allowed women from many walks of life, including those of limited economic means, to strive for economic stability and a fulfilling career, including in the legal profession.”

The ABA contended in its brief that recent studies have shown that women of color and women from less-privileged economic backgrounds continue to face significant barriers, including those related to balancing their careers and families.

“Allowing states to ban abortion would undermine much of the progress toward gender and racial equality made over the past several decades in the legal profession, as well as in society more broadly,” according to its brief.

The ABA has consistently opposed overturning Roe, and in 1992 adopted policy that opposed legislation that “restricts the right of a woman to choose to terminate a pregnancy (i) before fetal viability; or (ii) thereafter, if such termination is necessary to protect the life or health of the woman.”

In his statement Monday, Turner reiterated “the ABA opposes any law that prevents access to a legal abortion and supports the rights of women to choose to terminate a pregnancy before fetal viability or to protect the life or health of the mother.”

The ABA has also advocated for fundamental rule-of-law principles, including stare decisis, in other recent cases.

In December 2019, the association filed an amicus brief in June Medical Services v. Gee, urging the Supreme Court to adhere to precedent and reverse an appellate decision upholding a Louisiana law that required physicians who perform abortions to have admitting privileges at a local hospital.

Chief Justice John G. Roberts Jr., who provided the fifth vote for the majority, noted in his concurrence that he had dissented in the earlier case: “The question today however is not whether Whole Woman’s Health was right or wrong but whether to adhere to it in deciding the present case.”