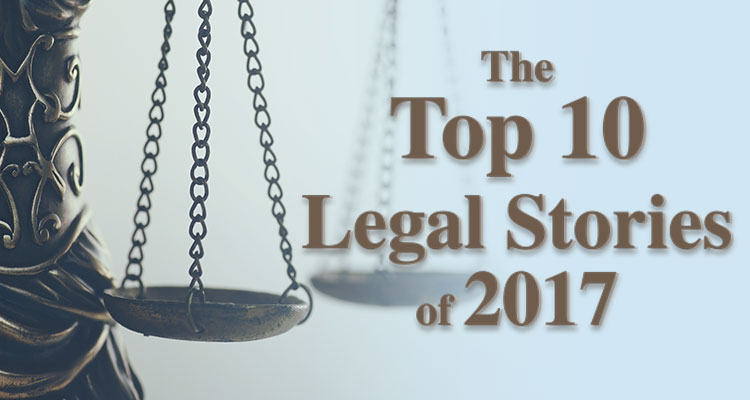 It’s hard to imagine a year more packed with major legal news than 2017, much of it generated by President Donald Trump's administration. We may never get used to the frenetic pace. Here are 10 stories—themes, really—that dominated legal news reports.