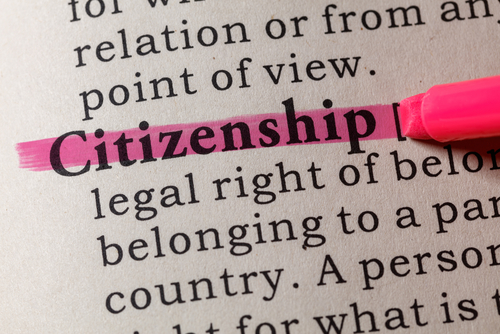 The U.S. Department of Justice filed a brief Monday urging the U.S. Supreme Court to deny review in a case on citizenship rights for people born in American Samoa. The brief said Congress should make citizenship decisions, and the case would be a poor vehicle for reexamining the insular cases. Justice Neil Gorsuch had argued in an April concurrence that the “shameful” insular cases should be overruled. According to the Washington Post, the insular decisions “employed racist language and imperialist sentiment to find residents of some U.S. territories are not entitled to full constitutional protection, such as birthright citizenship.” The new case is Fitisemanu v. United States. (The Washington Post, the Department of Justice brief via How Appealing)

A police detective has asked U.S. Supreme Court Justice Clarence Thomas to temporarily block New York City’s vaccine mandate for city workers after Justice Sonia Sotomayor turned down the emergency request Aug. 29. Sotomayor, the justice who acts on emergency requests from New York, rejected the application by Anthony Marciano without referring it to the full court. Marciano is citing a Supreme Court rule that allows parties to renew an application with any justice after a denial. ( The U.S. Supreme Court docket, Anthony Marciano’s new request, Reuters)

Five federal appeals courts are opening their courtrooms to the public following closures because of the COVID-19 pandemic. They are the 9th U.S. Circuit Court of Appeals at San Francisco, the 2nd Circuit at New York), the 7th Circuit at Chicago, the 1st Circuit at Boston and the U.S. Court of Appeals for the District of Columbia Circuit. Several other federal appeals courts have already opened to the public. (Reuters)

The California legislature has passed a bill that restricts the use of rap lyrics and other creative works as evidence in criminal proceedings. The bill requires judges to weigh the “probative value” of the artistic evidence against the “substantial danger of undue prejudice” that could result if it is admitted. The bill is awaiting Democratic Gov. Gavin Newsom’s signature. (The New York Times)