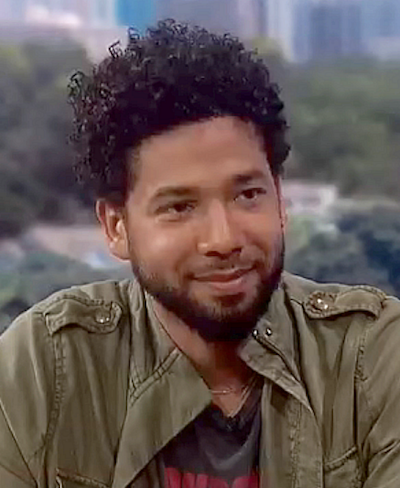 No crimes by prosecutors found in Jussie Smollett case

Special prosecutor Dan Webb has found “substantial abuses of discretion” but no criminal wrongdoing by prosecutors who dropped charges against actor Jussie Smollett, who was on the TV show Empire. He was accused of orchestrating a hate crime attack on himself. Webb said Cook County, Illinois, State’s Attorney Kim Foxx and her office had made false or misleading statements about the prosecution, and Foxx should have sought a special prosecutor after her recusal. The Cook County, Illinois, state’s attorney’s office said in a statement that the report “puts to rest any implications of outside influence or criminal activity” by the office. A special grand jury has since indicted Smollett on charges of disorderly conduct. (The Chicago Tribune, the Chicago Sun-Times, the Aug. 17 press release)

The U.S. Judicial Conference is supporting legislation to enhance protection of judges’ personally identifiable information, particularly on the internet. The judicial policymaking body also supports more appropriations to upgrade judges’ home security systems and courthouse security cameras. The recommendations follow a call for greater judicial privacy by U.S. District Judge Esther Salas of the District of New Jersey, whose son was killed by a gunman who came to her home. Her husband was injured in the shooting. (Administrative Office of the U.S. Courts’ Aug. 14 press release, the New Jersey Law Journal)

U.S. District Judge Stephen R. Bough of the Western District of Missouri has refused to dismiss a lawsuit filed by four businesses seeking coverage for losses because of the COVID-19 pandemic under their “all risk” insurance policies. The defendant, the Cincinnati Insurance Co., argues that its commercial property insurance doesn’t provide coverage if there is no direct physical damage or loss to property. (The Kansas City Star)

Hillary Clinton doesn’t have to give deposition, DC Circuit rules

Former Secretary of State Hillary Clinton does not have to give a deposition in a Judicial Watch case seeking emails related to the terrorist attack on the U.S embassy in Benghazi, Libya, according to the U.S. Court of Appeals for the District of Columbia Circuit. The appeals court said the only remaining issue in the litigation is whether the State Department conducted an adequate search for talking points given to former ambassador Susan Rice. (The National Law Journal, the Aug. 14 decision)