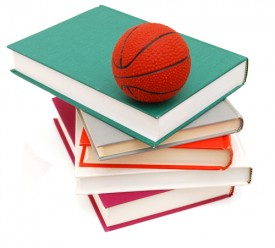 Imani McGee-Stafford, a center with the Dallas Wings, is leaving the basketball court and headed to the Southwestern Law School in Los Angeles. McGee-Stafford, who is 25, also played for the Chicago Sky and the Atlanta Dream. Meanwhile Garrett Temple, a guard with the Brooklyn Nets, is using his time during the NBA quarantine to study for the LSAT. Four Brooklyn Nets players, including forward Kevin Durant, have tested positive for the novel coronavirus. Temple told the New York Daily News that he initially thought about getting an MBA, but his father convinced him to consider law. (ABC News, the New York Daily News)

Two federal privacy lawsuits target Zoom Video Communications following reports. that its iPhone app was sending user data to Facebook. Zoom has said it removed the tracking software on the latest version of its app. According to the suits, the information shared with Facebook included an advertiser identifier profile that gives marketers insights into demographics and preferences. (The Recorder, one of the lawsuits)

Two federal courts in Florida have donated protective gear to hospitals. The search for the gear began after employees recalled that their court acquired masks to protect employees from possible anthrax attacks. The Northern District of Florida donated 1,200 N95 respirator masks, while the Middle District of Florida found and gave away 300 masks and more than 2,000 pairs of protective gloves. News of the discovered equipment has led other federal courts to find and donate protective supplies. (U.S. Courts press release)

The U.S. Judicial Conference has for the first time allowed the use of video and teleconferencing for certain criminal proceedings in federal courts during the COVID-19 national emergency. The judiciary also authorized teleconferencing for civil cases. Decisions about media access to the remote hearings in civil lawsuits is being made on a case-by-case basis. The Judicial Conference says it is evaluating the issue in criminal cases. (The Washington Post, U.S. Courts press release)