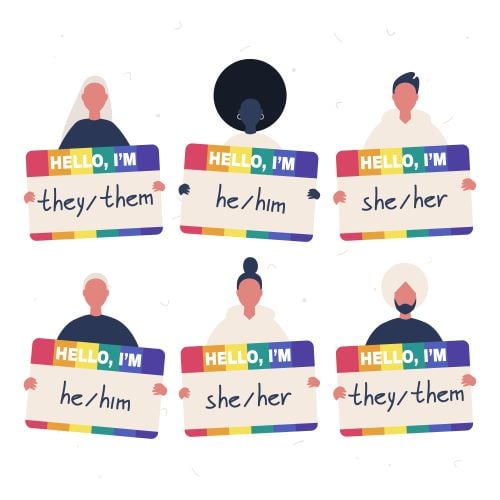 Prof who refused to use preferred pronouns gets $400K settlement

Shawnee State University in Ohio has agreed to pay philosophy professor Nicholas Meriwether $400,000 and to rescind a written warning that he received for refusing to use a transgender student’s preferred pronouns. The settlement was reached more than a year after the 6th U.S. Circuit Court of Appeals at Cincinnati allowed Meriwether to pursue his First Amendment claim against the university. (CNN, the Columbus Dispatch, Alliance Defending Freedom press release)

A medical lab employee has been awarded $450,000 for his firing following a panic attack triggered by a birthday party. Kevin Berling, who worked at Gravity Diagnostics in Covington, Kentucky, said he told his supervisor that he didn’t want a party because of an anxiety disorder. But the message wasn’t passed along, and Berling spent his lunch break in the car when he learned of the planned lunchtime celebration. Berling said he had a second panic attack when supervisors chastised him for his behavior. Berling sued for disability discrimination and retaliation. His former employer said Berling was fired because his conduct in the meeting with supervisors made them feel threatened. The company plans to challenge the verdict. (Link Nky, the New York Times, the Associated Press)

The U.S. Supreme Court on Monday refused to hear the case of a Black death row inmate in Texas who claimed that one of the jurors who decided his case was racially biased. During jury selection, the juror had asserted that “nonwhite” races were statistically more violent than whites. Justices Sonia Sotomayor, Stephen Breyer and Elena Kagan would have heard the case of the inmate, Kristopher Love. (Cert denial and dissent, the Austin American-Statesman)

US will seek reinstatement of plane mask mandate

The U.S. Department of Justice has indicated that it will appeal an April 18 decision vacating a federal mask mandate for planes, buses, trains and transportation hubs. U.S. District Judge Kathryn Kimball Mizell of Tampa, Florida, had ruled the mandate implemented by the Centers for Disease Control and Prevention exceeded its statutory authority and violated the Administrative Procedure Act. (The New York Times, the Washington Post)